Charcoal is commonly used as purifier, water filter and dietary supplement for gastric problems. White Charcoal or Binchōtan which has nano pore size was incorporated into bristles of Formula Nano Charcoal toothbrush. White charcoal has an ability to control the humidity due to its fast dry properties, thus it can inhibit the growth of bacteria on toothbrush’s bristles.

Effectiveness of white charcoal in inhibiting the growth of bacteria (Escherichia coli) was examined using ASTM E2149:2010 method and zone of inhibition test.

Picture 1 showed that the total count of Escherichia coli on bristles with nano charcoal was reduced to 9.3x104 CFU/ml compared to those without nano charcoal (1.06x105 CFU/ml). 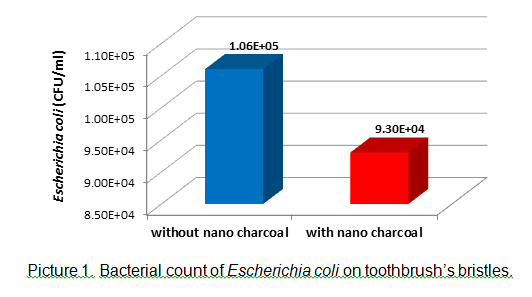 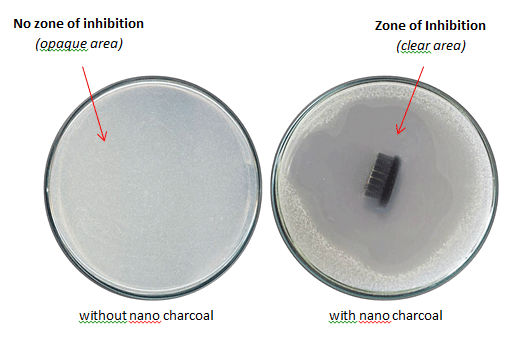 Picture 2. Zone of inhibition bristles with and without nano charcoal against Escherichia coli.